Had another lazy morning, until Abi came by to pick me up and take me to school with her for the last class.  She works at Al Sahwa School. Her school has two sides, a boys and a girls.  Everything except a few science classes, the library and the IT suites are separated.  Even in the shared spaces the boys or girls are not allowed to cross a certain point. The kindergarten area is the only co-ed area.  Other than the separation of boys and girls the school was pretty typical in that it is a school!

After school we went for a walk along the beach front. If the tide is out you can walk for probably five or so miles along the beach in either direction.  We stopped off at the Candle Cafe.  This is where I had my first Lemon Mint drink which is very nice to have after a long hot walk. 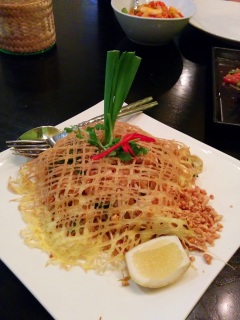 After our walk we had Thai for dinner before quiz night at Feeney’s Pub.  We had a great time and I was actually able to help with some of the answers!

Wednesday morning Abi left me the car so that I could go to the Opera House to tour the inside. Unfortunately it was closed due to rehearsals but what I saw as amazing! So I decided to go to the mall and get my toes done!

Driving in Muscat is super easy and the roads are very nice.  I made it back to Abi’s school after a few U-turns! We decided to go to Qurum Park for our walk. It is a nice intercity park which is being developed.  There is from the map much more of it towards the ocean than what we walked.

For dinner we decided to try Kargeen Cafe for some traditional food.  We asked the waitress to help us pick something.  She suggested the bread with dips for starters and a traditional lamb and rice for the main.  They were both very, very good.  The drinks were also amazing! 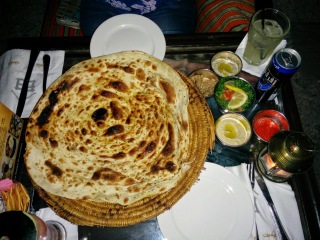 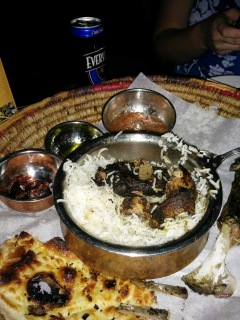 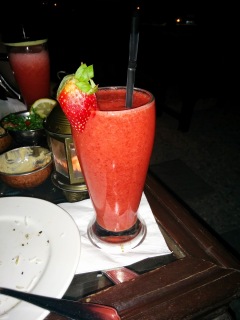 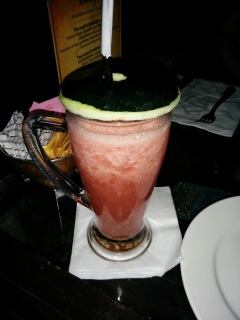 View all posts by Cary Hart